Advanced Notice of Entry of Dangerous Substances Into any South Wales port.

On the 1st June 1987 the Dangerous Substances in Harbour Areas Regulations 1987 came into force and ABP, being the Statutory Harbour Authority for the ports of Cardiff, Barry, Newport, Swansea and Port Talbot, has the responsibility for enforcing Parts II and III of these regulations and regulations 19,20,32(2) and 39 in the Harbour Area against persons other than itself.

Regulation No 6 which falls within Part II of the regulations deals with the notice of entry of dangerous substances into the Harbour Area, and these guidance notes are intended to assist Masters, Shipowners, Agents and Transport Operators in preparing the information required by the Harbour Master.

Significant changes to the reporting procedure came into effect on 1 January 2008. See reference to The UK Consolidated European Reporting System (CERS) below.

Masters of vessels carrying dangerous or polluting goods and bound for the South Wales Ports are required to complete a checklist of information in Accordance with Schedule II of the regulations before entering the South East Wales or South West Wales Pilotage Area.

Two copies of Schedule II should be prepared; one copy to be handed to the pilot on boarding and one copy to be sent in advance by email to the Cardiff LPS office - southwalesradio@abports.co.uk

Where the Master is carrying out his own pilotage and no Facsimile or email facilities exist he shall inform Cardiff LPS on VHF Channel 68 that the Schedule II has been completed and of any deficiencies that exist Schedule II should be passed to the Agent on arrival for onward transmission to Cardiff LPS.

In order that this information is received in advance of the vessel's arrival, it is recommended that this is transmitted via facsimile or email to the following numbers: -

In the case of advance notification for the entry of dangerous substances entering the Harbour Area from an inland source, three alternatives are proposed:

In the event of any difficulty being encountered by shipowners, agents or transport operators on these reporting procedures, clarification may be obtained from the Harbour Master at Cardiff LPS, Queen Alexandra House, Cargo Road, Cardiff, CF10 4LY.

The UK Consolidated European Reporting System (CERS) is a new information management system which has been developed by the MCA to meet, amongst other things, the UK reporting obligations under the provisions and dates indicated in the European Parliament and Council Directive 2002/59/EC.

The owner, operator, agent or master of a ship is required to notify the authority of the port to which the ship is bound, of the following information:

(a)    the correct technical names of the dangerous or polluting goods, the United Nations (UN) numbers where they exist, the IMO hazard classes in accordance with the IMDG, IBC and IGC Codes and, where appropriate, the class of the ship as defined by the INF Code, the quantities of such goods and their location on board and, if they are being carried in cargo transport units other than tanks, the identification number thereof;

(b)    confirmation that a list or manifest or appropriate loading plan giving details of the dangerous or polluting goods carried and of their location on the ship is on board;

(c)    address from which detailed information on the cargo may be obtained.

Further information about CERS may be found on the MCA website www.mcga.gov.uk

The CERS database may be accessed by registering on Associated British Ports Agents Interface Website  - www.abpnotify.co.uk 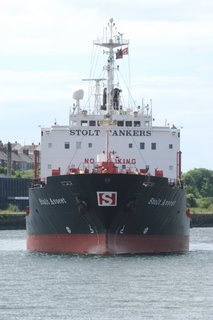 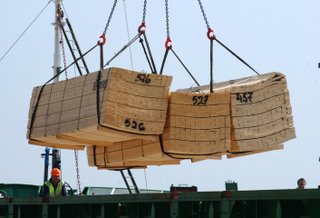